This week marks five years since I was given the life-changing opportunity to travel with Wateraid America to see their work on the ground in Nicaragua. I blogged about the experience extensively, but words will never quite adequately express what that trip meant to me, personally and professionally. It not only solidified my commitment to amplifying the need for clean water and sanitation globally, it also gave me some much needed time for self-reflection during a tumultuous time in my life. I am a better person because of that trip, and I remain committed to the cause. Plus I gained some pretty amazing friendships.

We hosted a Twitter chat (do they still do those in 2019?!) on World Water Day from the WaterAid America offices in Bilwi using spotty internet which generated quite a lot of conversation back then. To celebrate World Water Day in 2019, WaterAid has released a new report that “uncovers the virtual water used in daily products, such as coffee, wheat and rice.”

If you are not familiar, World Water Day – which I have also blogged extensively about – is an “international observance and an opportunity to learn more about water related issues, be inspired to tell others and take action to make a difference.” Celebrated on March 22nd, it was first recognized by the United Nations in 1992. This year’s theme is ‘Leaving no one behind,” an adaptation of the central promise of the 2030 Agenda for Sustainable Development: as sustainable development progresses, everyone must benefit. 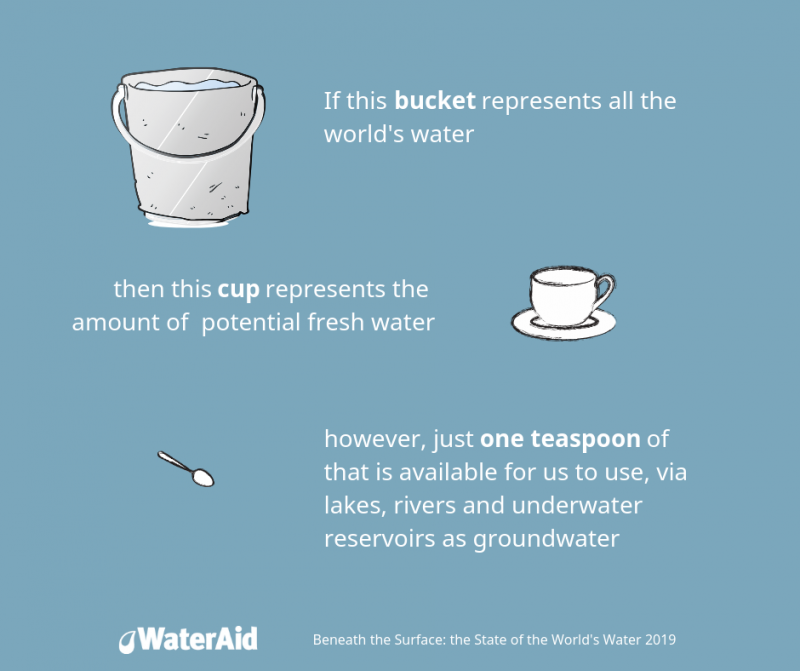 Here are some eye-opening stats from WaterAid’s report, Beneath the Surface: The State of the World’s Water 2019:

Download the full report (and find some action steps to take): Beneath the Surface: The State of the World’s Water 2019

Join me in supporting WaterAid America’s work by donating